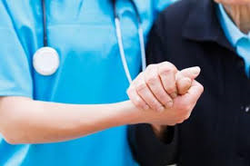 There is good news in the campaign to reduce opioid deaths in Rhode Island. Newly released data show the Ocean State is at the top in New England and second best in the nation in reducing the number of opioid prescriptions filled within the past three years. Rhode Island’s numbers fell by 24.8 percent, second only to West Virginia’s 27.6 percent decline. Massachusetts, Maine and New Hampshire all brought their numbers down by better than 20 percent, while Vermont and Connecticut achieved slightly smaller decreases. Nationally, the average decrease was 14.6 percent, but for first time, every state in the union showed a decline.

That’s all great news, because prescription drugs are often where opioid addiction starts. The tragic social and personal cost of the opioid epidemic cuts across all demographics in every community across the entire country. Credit for the recent impressive progress goes to Rhode Island physicians, dentists, podiatrists, physician assistants, advance practice nurses and state officials, who have worked together to reduce the number of prescriptions for opioid analgesics and promote the use of alternative means to manage pain. Rhode Island’s professional health-care community is committed to working together with patients, with the Governor’s Overdose Prevention Task Force and with the General Assembly to further limit the unnecessary proliferation of opioid prescriptions and to meet the new scourge of street drugs laced with deadly fentanyl, which has quickly become the primary cause of overdose deaths in Rhode Island.